Raspberry ice cream is one of my top favorites, and will be probably the first flavor I’ll choose in an ice cream parlor.

This frozen raspberry souffle is some kind of a version to raspberry ice cream which you don’t need to churn. It’s a traditional French dessert which is quite similar to ice cream texture-wise, and also resembles mousse. 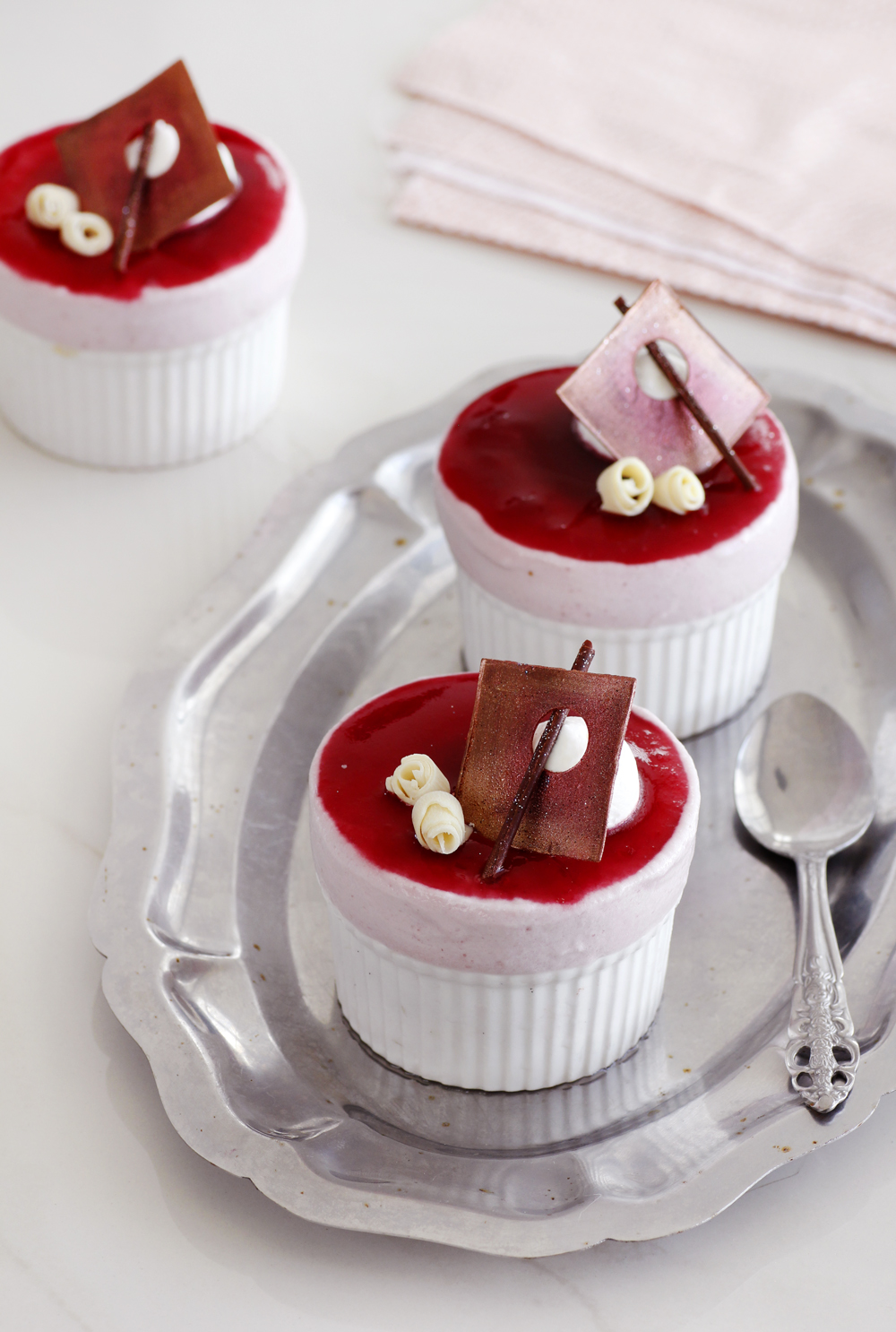 Based on a recipe from the book "Desserts" by Le Cordon Bleu, with some changes and adjustments.

For the raspberry souffle: