Coffee Tart with Hazelnuts and Cinnamon 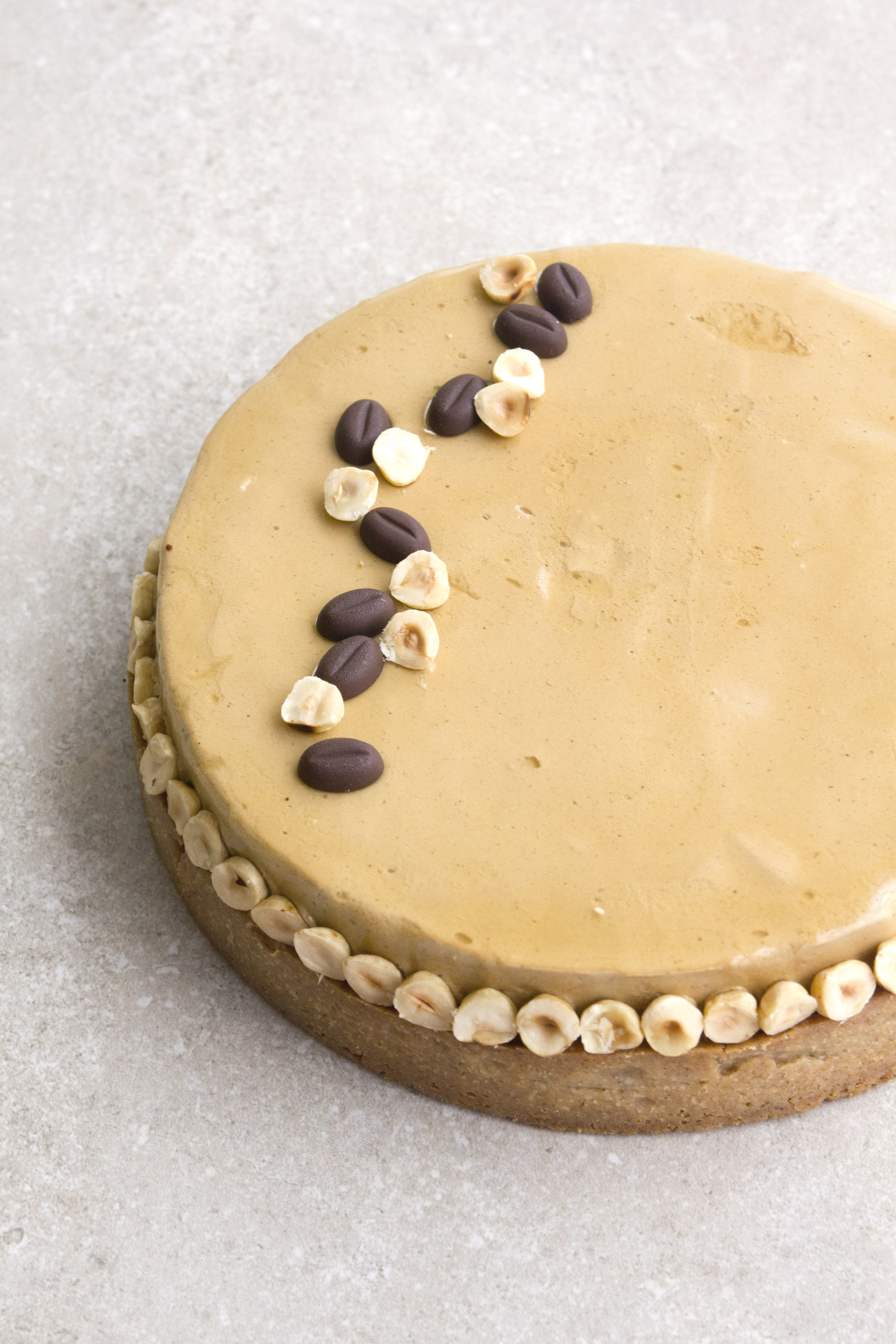 Even before I tasted Pierre Herme’s Infinite Coffee Tart, I knew it so well, with all its layers and could imagine the different textures. The recipe is written in one of his cookbooks, and before I tried the tart for real, I loved imagining what it would be like. Luckily, when I tasted his coffee tart, it was everything I expected and more – and I just knew I had to try to make my own version at home.

This coffee tart is my own variation of Pierre Herme’s tart, but instead of only using coffee, I decided to add more different flavors, and this is how this recipe was made. It’s made of a cinnamon crust filled with hazelnut cream, topped with cardamom coffee mousse which I glazed with coffee glaze, and lots of hazelnuts for decoration.

If you like coffee and spice – this tart will become your favorite – for sure. It’s decadent, rich and very festive. It could also be a great birthday cake for coffee lovers. 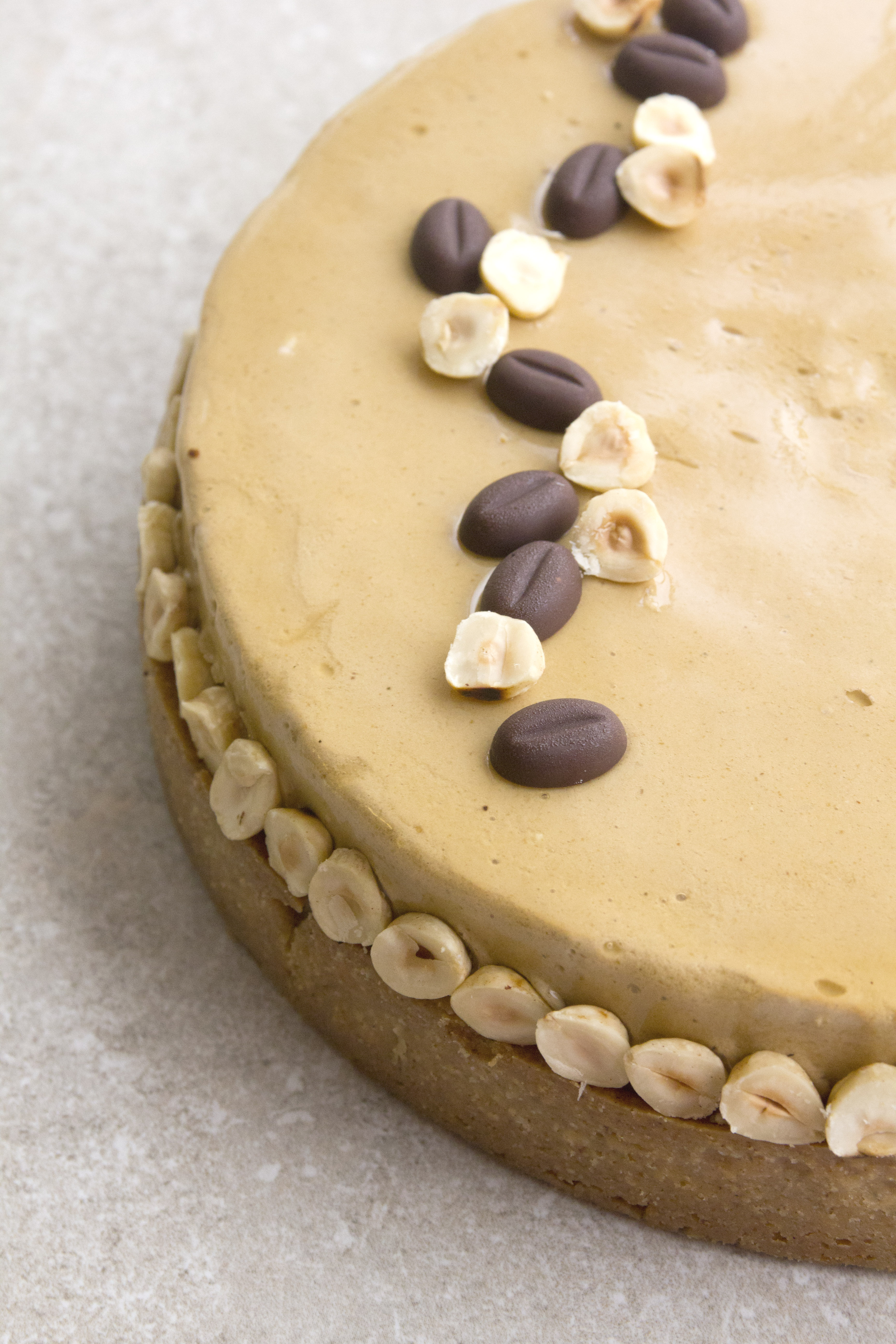 Coffee Tart with Hazelnuts and Cinnamon

For the cardamom coffee mousse: 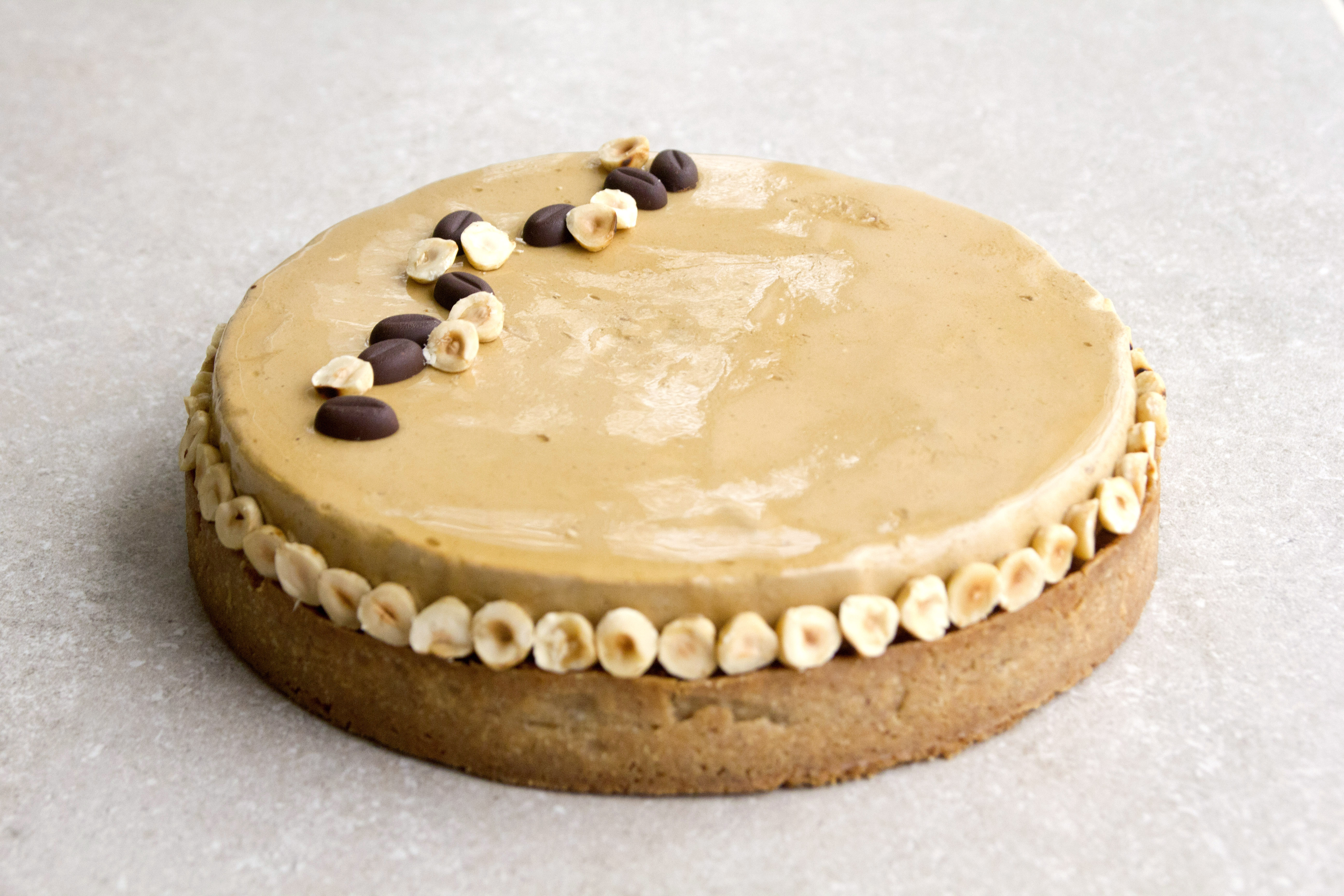 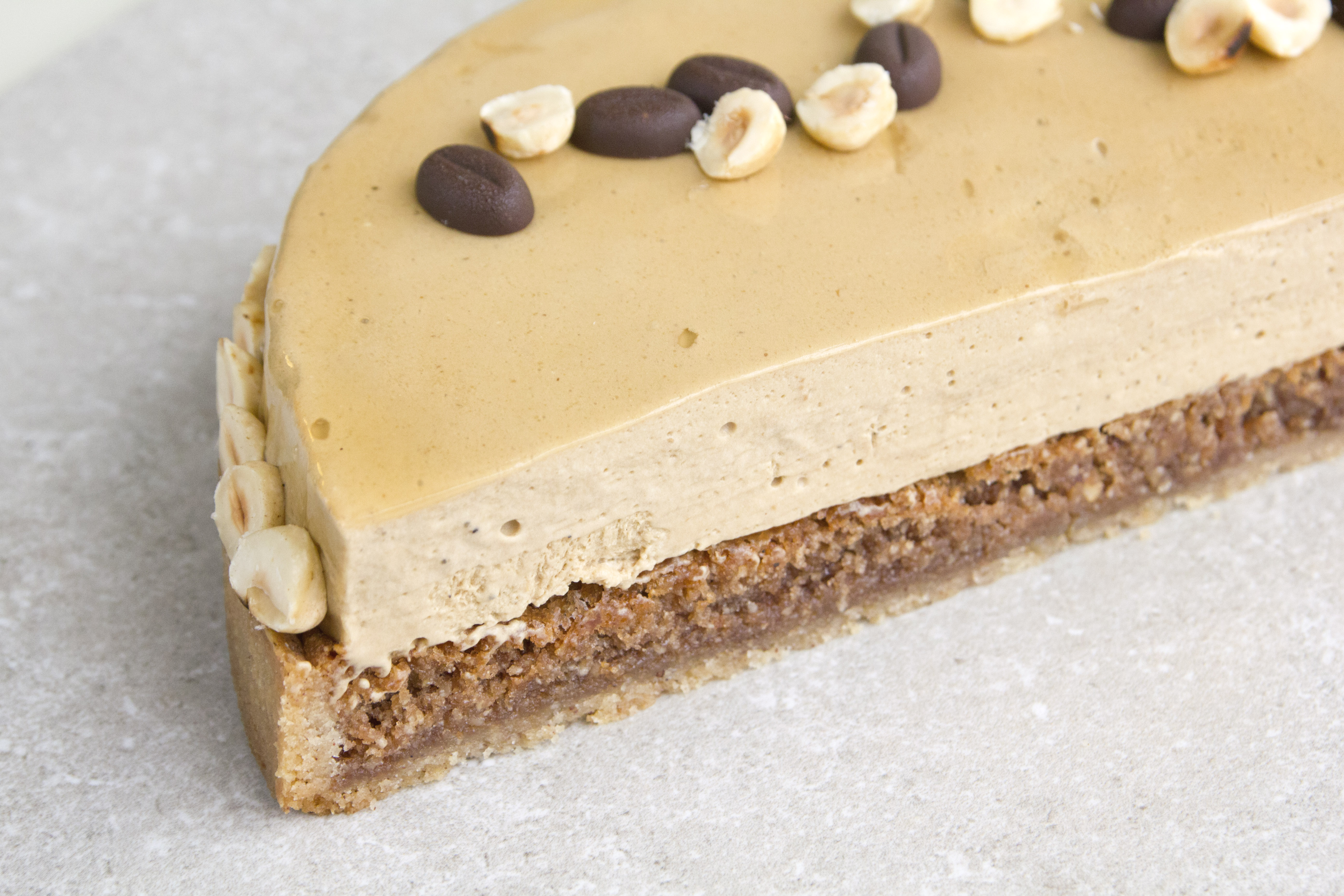