Passover is almost here, and in less than a month we’ll be sitting around the beautiful Seder table for the traditional feast. I’m actually not a big fan of Passover, and this holiday is really not my favorite, but every year I, of course, make the desserts.

This pistachio cake is perfect for Passover, but I make it all year round too for friend and family who avoid gluten or suffer from celiac. It’s a beautiful cake made of three layers of pistachio cake filled with chocolate cream. If you like chocolate and pistachios (with a hint of espresso) – you’re going to love this cake. 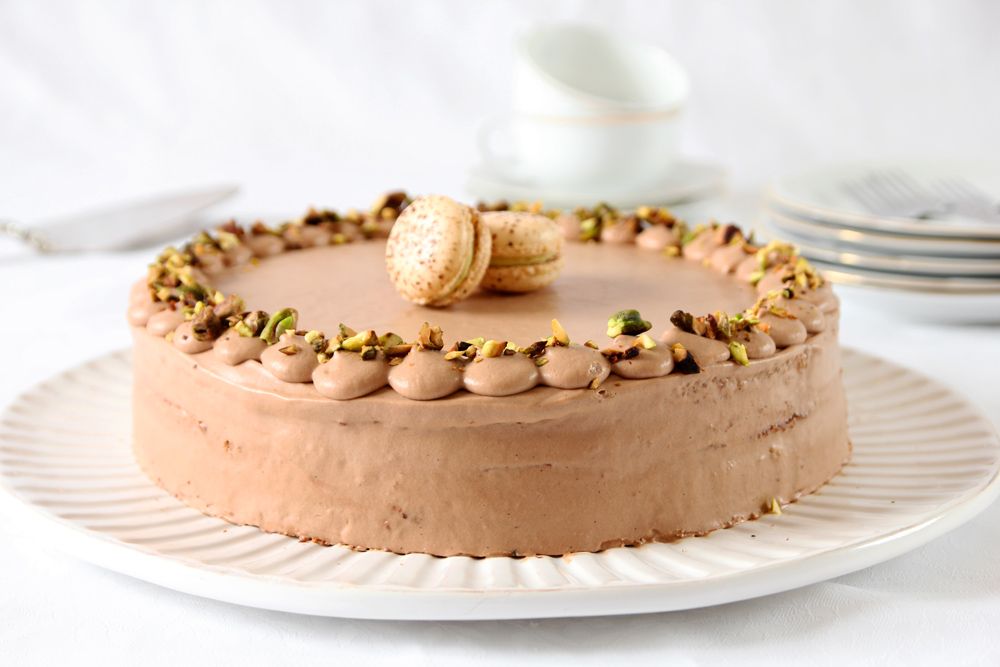 For the pistachio cake layers: 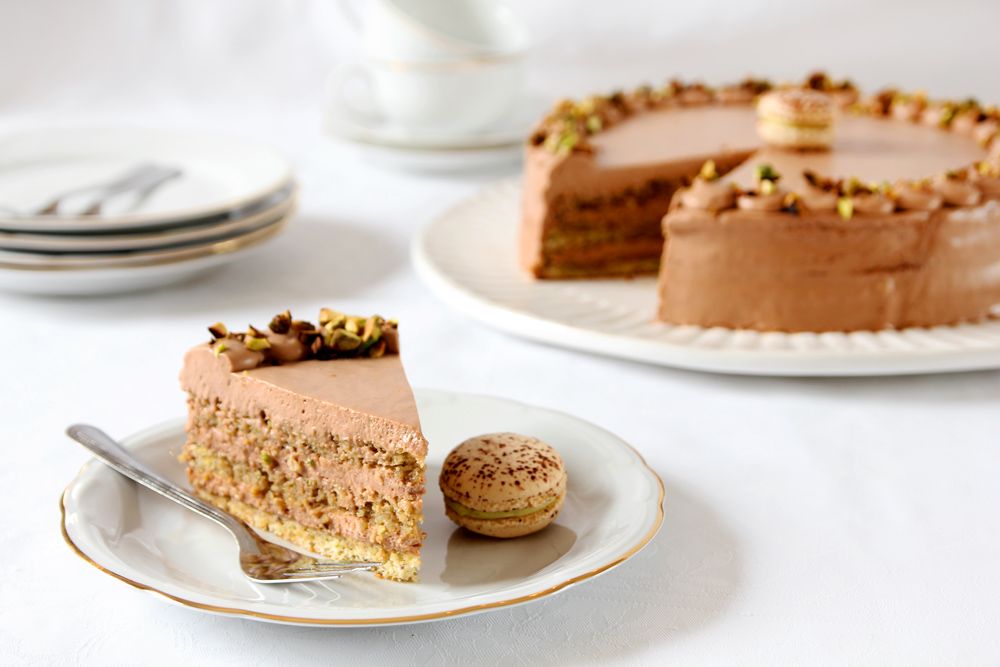