This cinnamon challah crown with apples and pecans is simply one of the best. It’s so rich in texture, sweet, decadent and absolutely delicious. The perfect treat for upcoming Rosh Hashana! 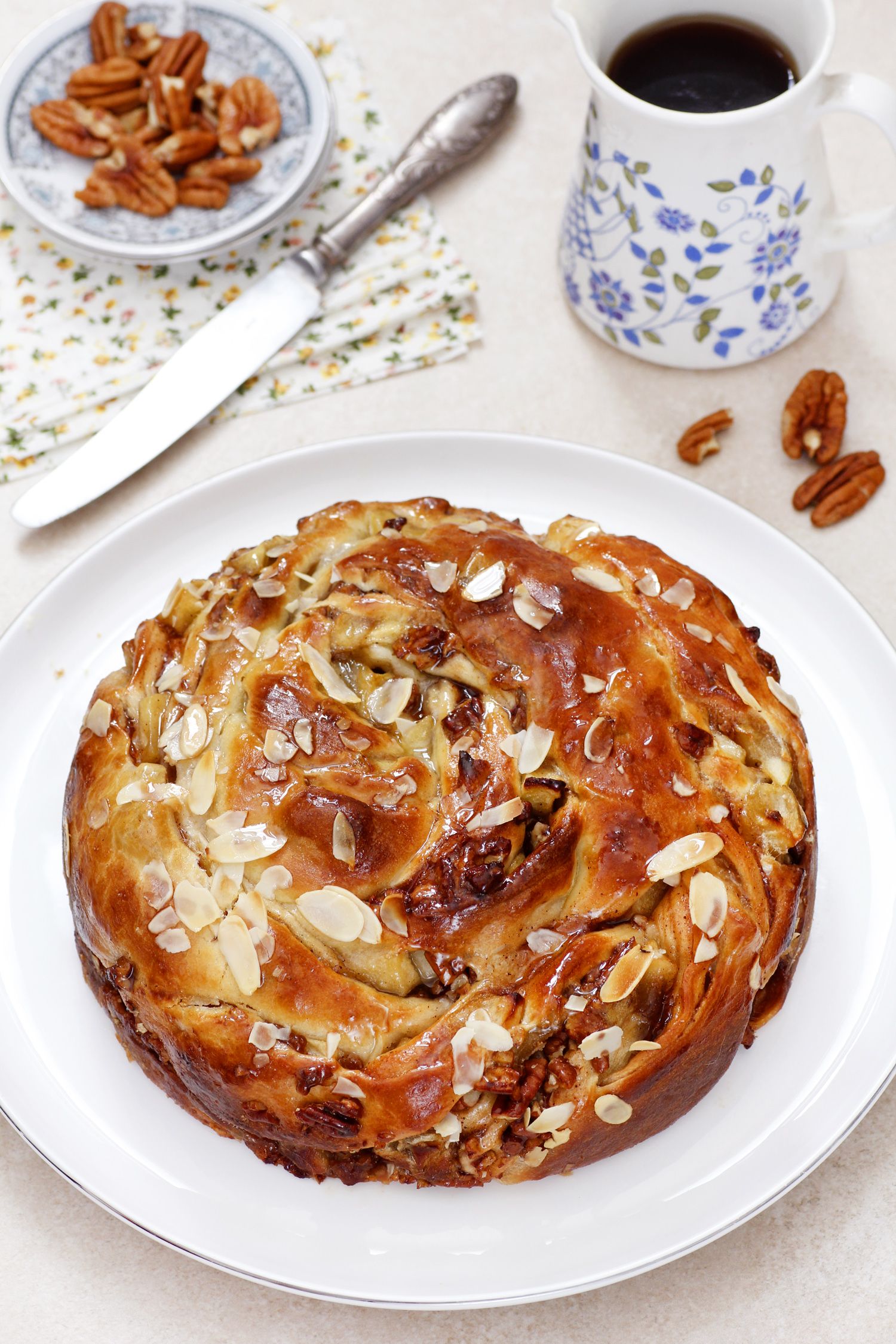 For the cinnamon challah dough:

For pecan and cinnamon filling:

For glazing and decoration: 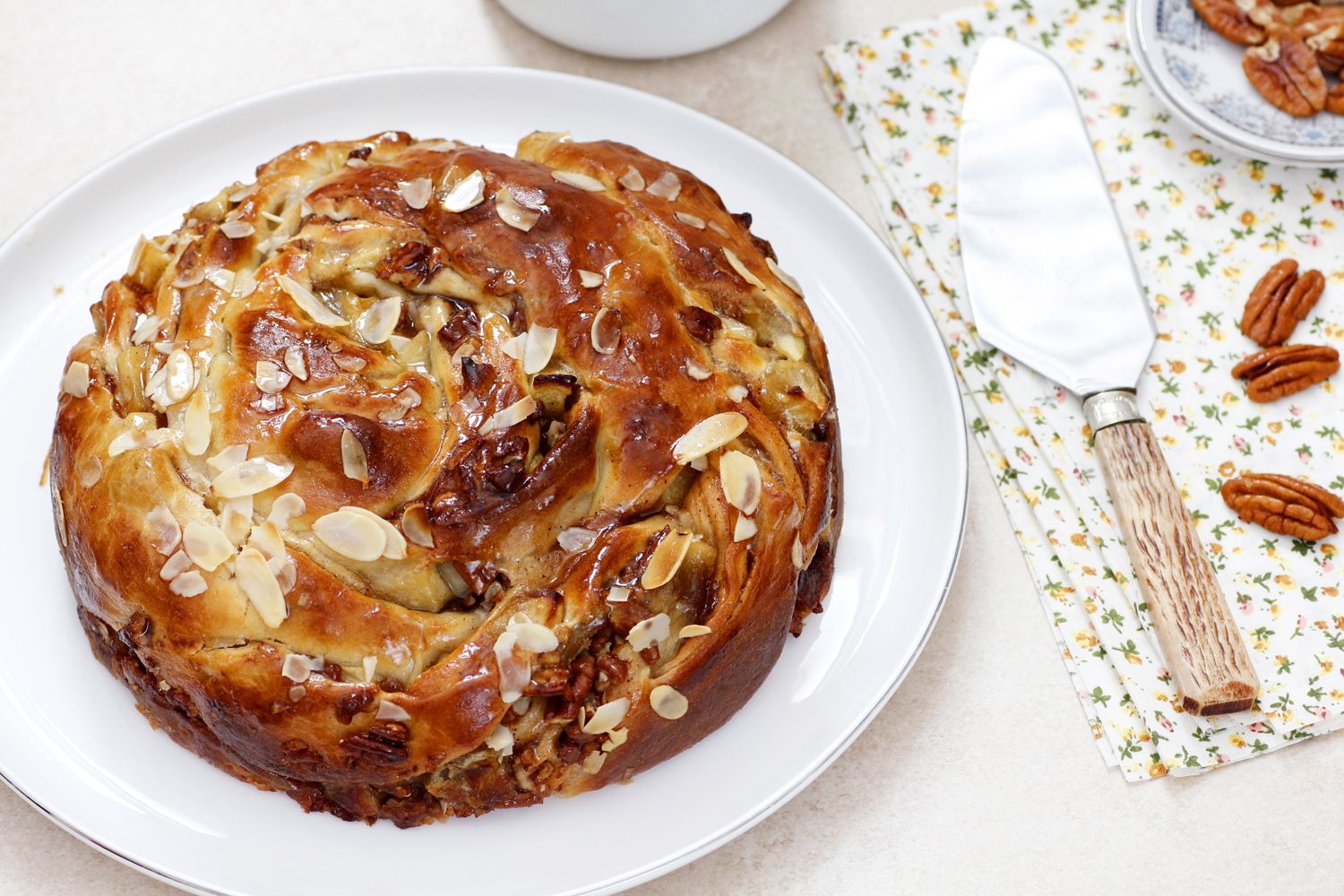