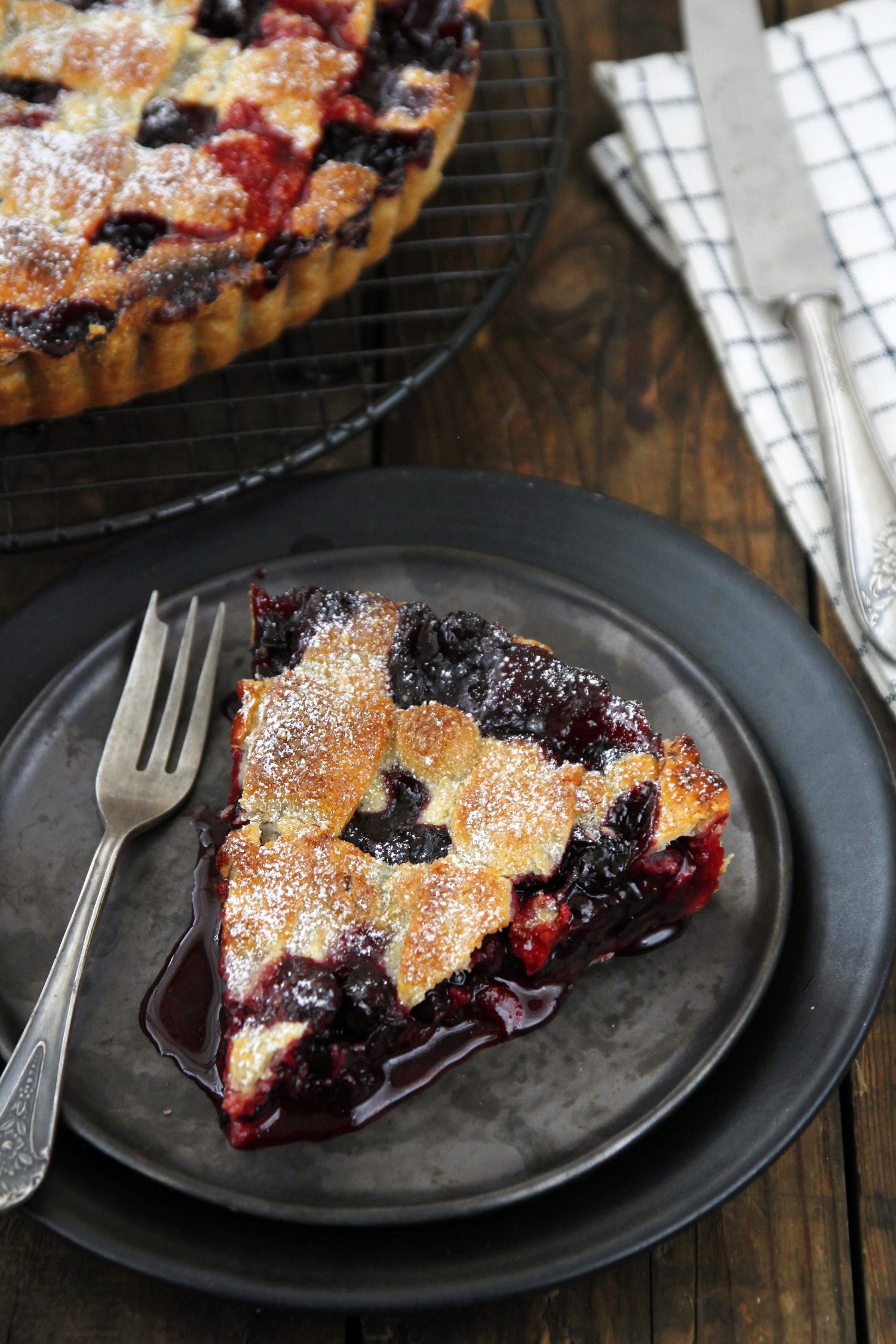 Two months ago Nimrod (my spouse) was on a three-week working trip to the US. Although the excuse for the trip was work, he also traveled quite a bit in the northwestern United States and even further north to Vancouver in Canada.

During all this time he sent me lots of pictures of breathtaking landscapes (e.g. amazing lakes that reminded me a little of New Zealand) and places he visited. But the thing that caught my eye the most was a picture of a blueberry pie he’d ordered in some diner in a small town. He described the pie in a way that really made me want (at least) one bite, and I was left with a strong desire to make blueberry pie at home.

It has been quite a while since then, and we were talking about it almost weekly since he was back, but it finally happened last week! I bought frozen blueberries in the supermarket and I went on a purposeful mission and started working on the pie. 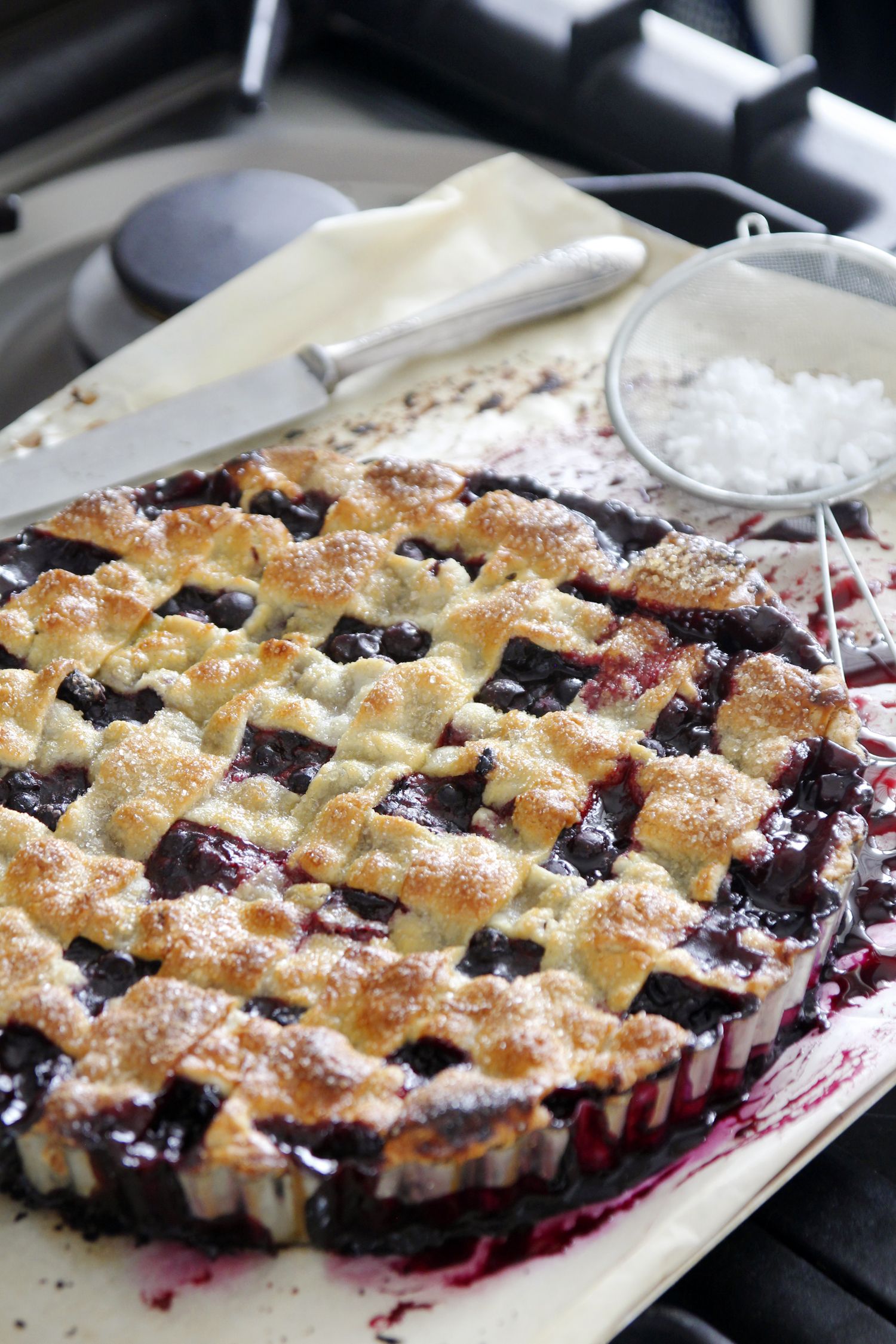 The pie is made of double crust in fact – a crust of short crust pastry at the bottom that’s filled with luscious blueberry filling and strips of dough crisscrossed on top. The result look is especially impressive, very rustic and makes you want a hot piece with some h good vanilla ice cream next to it.

It’s a traditional classic American recipe and there’s not a lot of sophistication here. But if there’s anything I’ve learned in recent years is that classics always do the work and you don’t have to invent something new each and every time you bake. The recipe for the crust is a classic 123 short-crust pastry dough that I’ve been slightly improving its texture with cornstarch and a little less sugar powder. The recipe for the filling was adapted from the beautiful Sally’s Baking Addiction blog with some changes and adjustments I made. 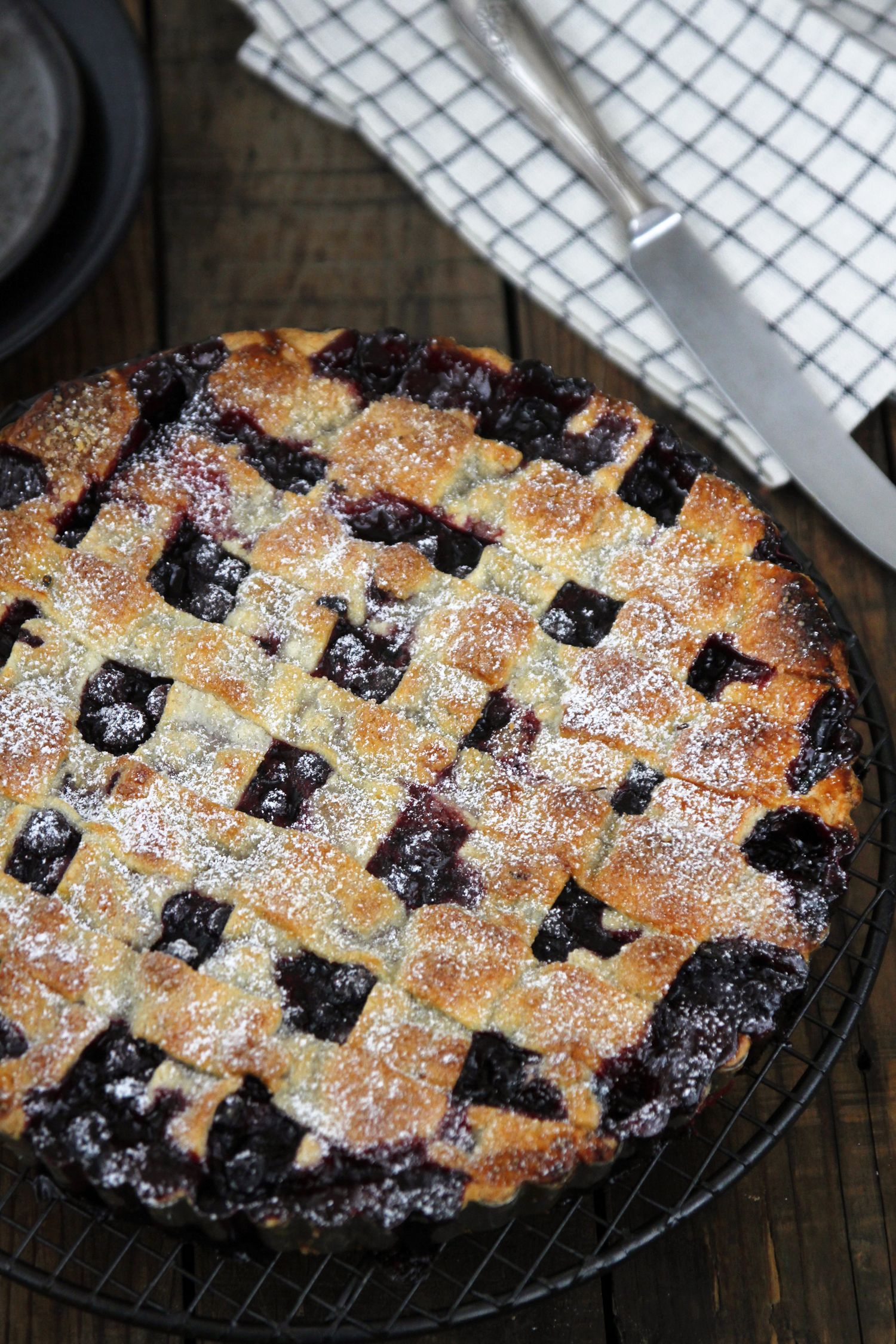 For brushing and decoration: 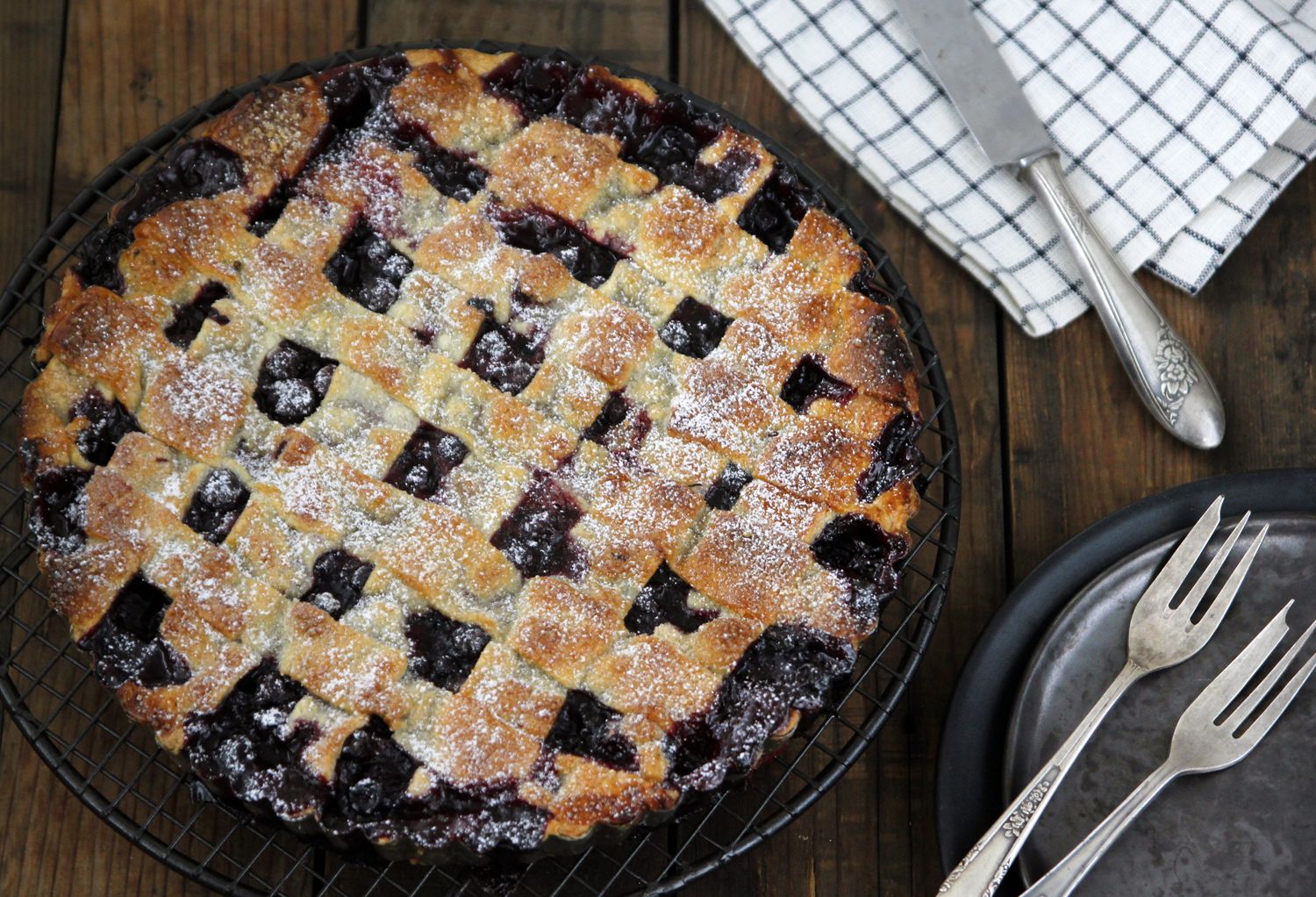 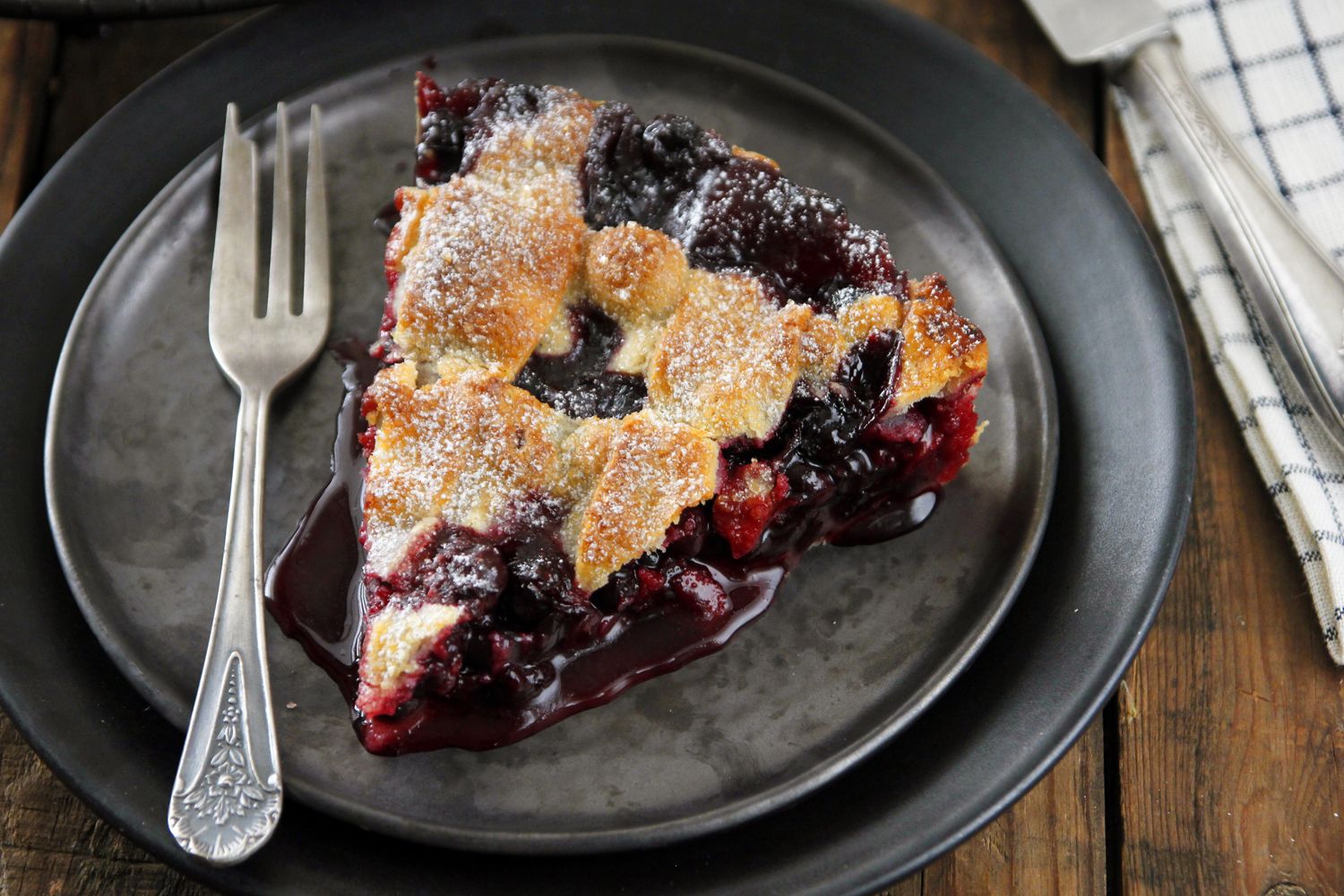