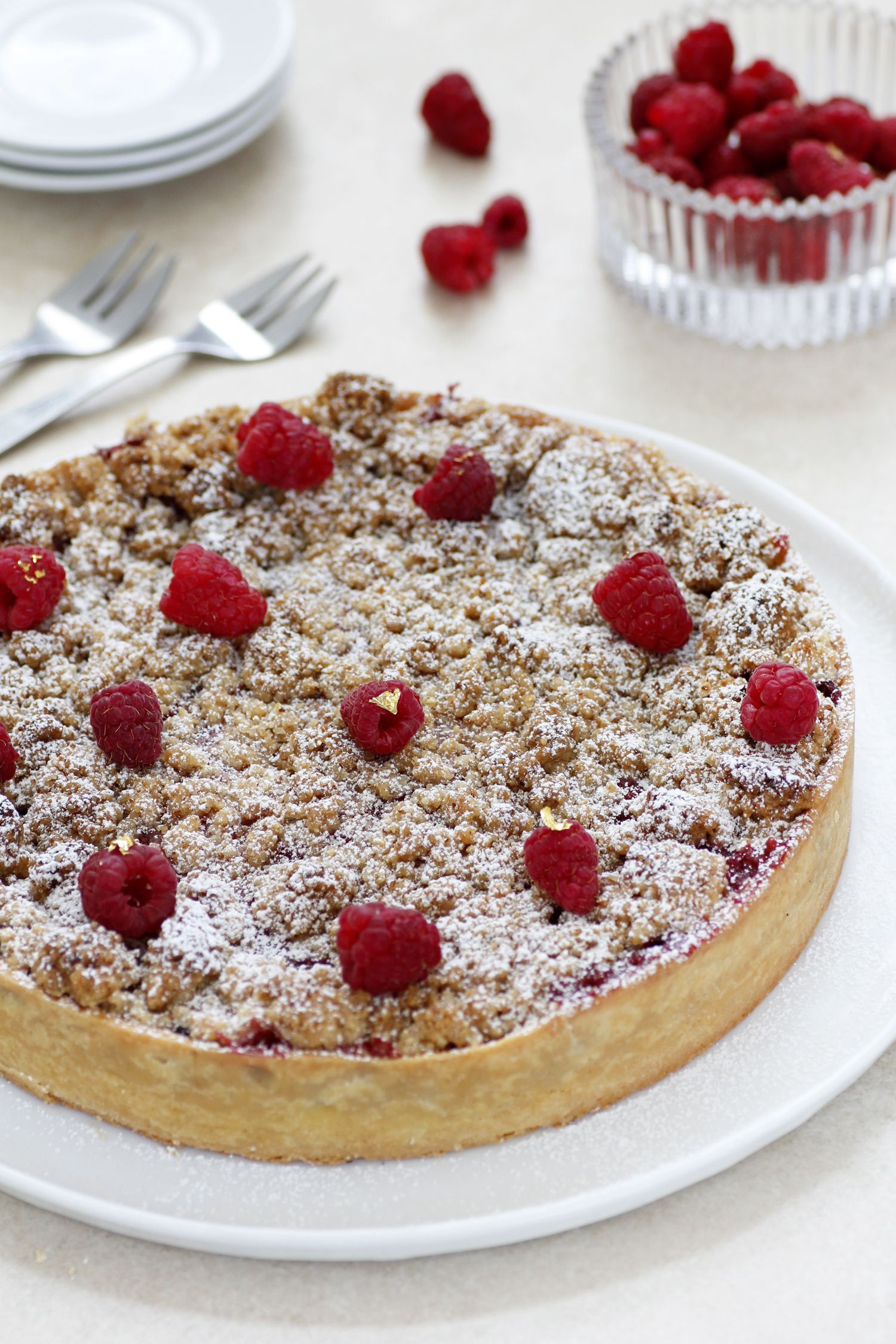 Apple and raspberry are such a great combination – it compliments each other; the tartness of the raspberries goes just perfectly with the sweetness of the apples, and together you get such a great taste.

This following pie combines them both, along with pecan and cinnamon streusel and vanilla cream. It’s not the traditional apple pie or a Rosh Hashana classic, but it’s one of the best pies I ever made, hands down. 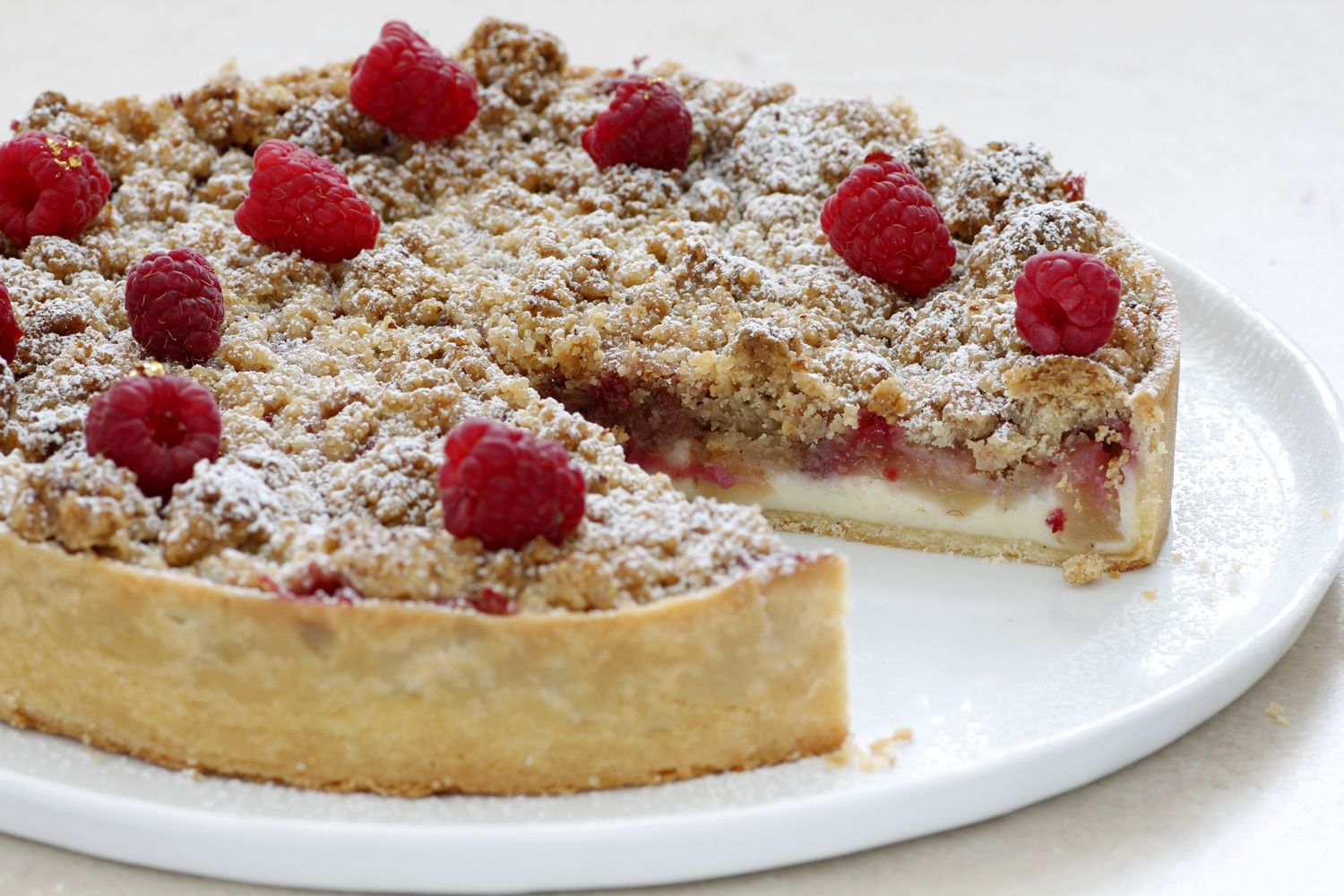 For pecan and cinnamon streusel: 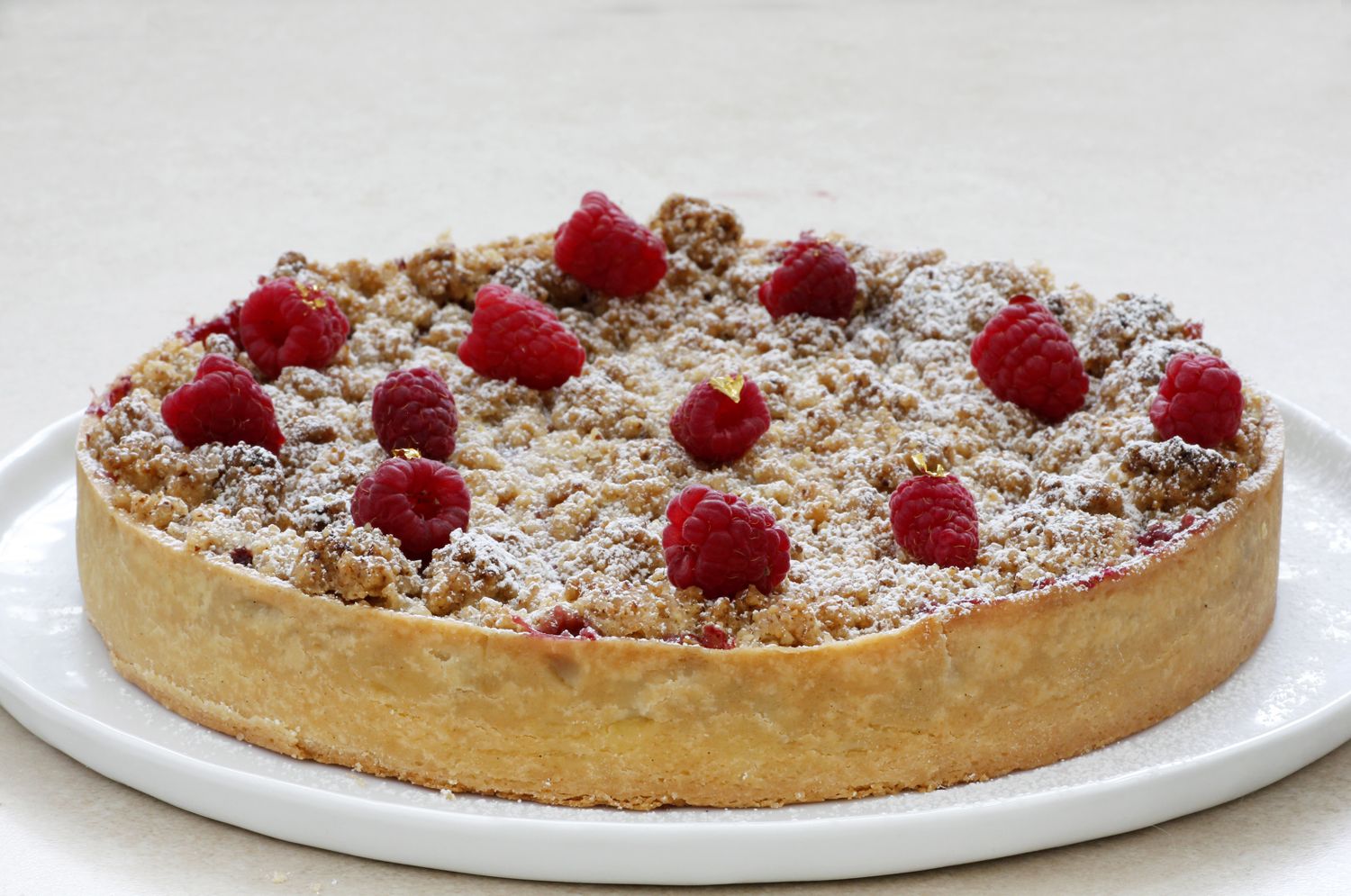 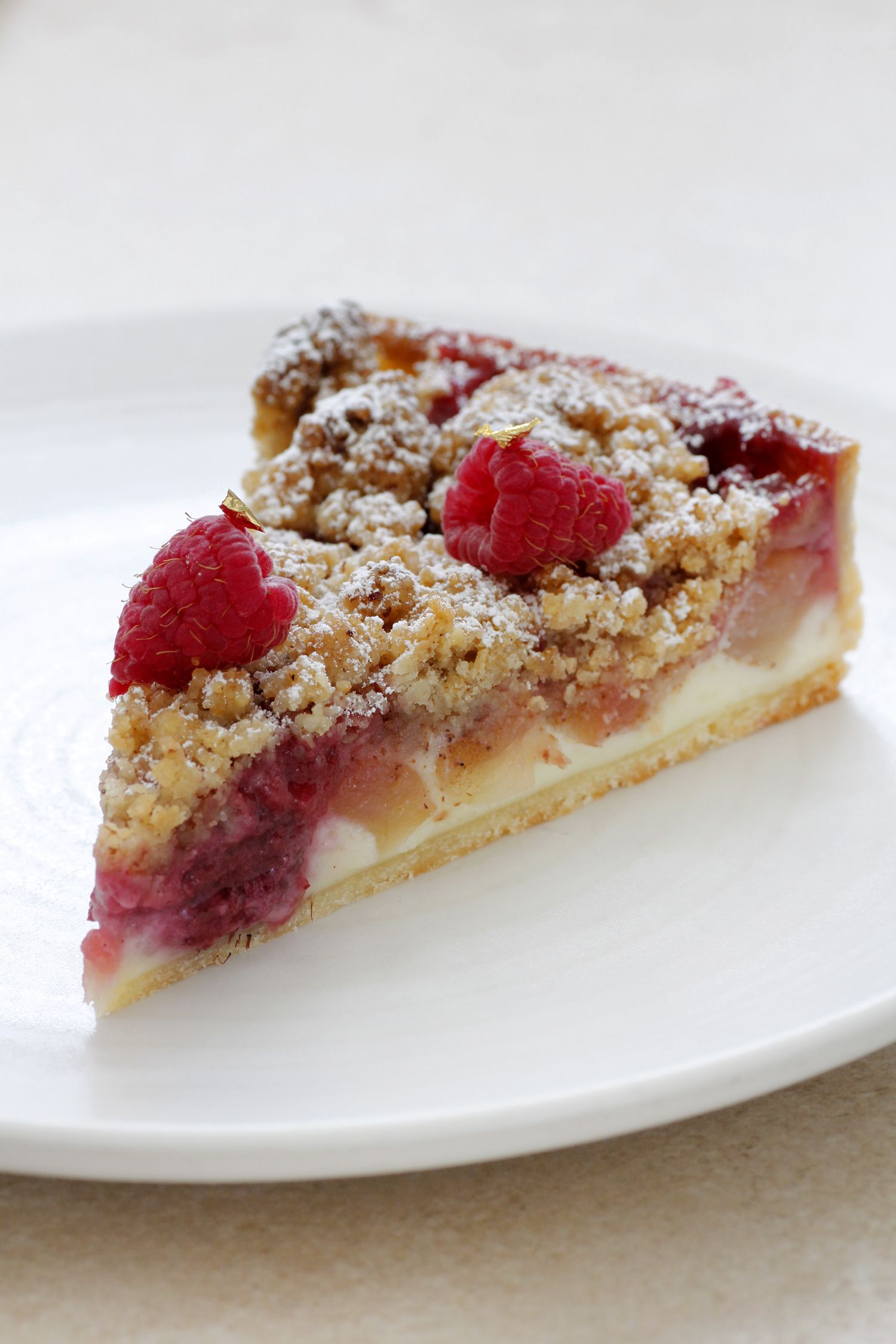